After two false starts in the last four years, 2018 was going to be the year. I will never forget the second time it happened due to the fact that I was in the hospital with Christina on the night that the Leafs drafted Auston Matthews. Don’t hate me, she was resting, eyes closed and needed some quiet when the Leafs stepped to the podium. She was still in my view from the small room where they had the TV.

The number “18” has always been a significant and lucky one for me and my family and that notion was reinforced when we heard the great news at the start of 2018 that we were expecting again. “Third time is a charm” I thought to myself as I waited patiently for the critical time to pass before we could safely spill the news. A tense three and a half months ahead.

I was extremely excited to share with friends and family, but most ecstatic to be able to tell my daughter Cate that she would be getting that brother or sister that she has always wanted. We told her over a nice sushi dinner at our favorite spot Mine Sushi and her reaction was everything we had hoped for, capped off with her saying “Seriously? I’m not gonna cry, I’m not gonna cry!” We decided to mass share the news on my Facebook page; 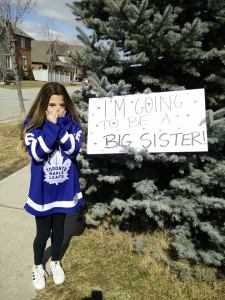 Christina was hitting all her appointments and monitoring the progress throughout and we went for another ultra-sound at twenty-one weeks to keep everything on track. It was nearing the end of April, and Christina had a business meeting trip in Banff for a couple of days that she was getting set to go enjoy.

Early on the Friday evening, Christina came over to me with her phone in hand and played me a message from the doctor asking her to call back as soon as she could. The office was closed for the weekend by the time we got the message. Our minds started racing from end-to-end as to what was going on and we had the entire weekend for our minds to run wild before we could get a hold of the doctor. I did what I always do and said what I always say, in hopes of putting Christina at ease.

“Things will be alright. Let’s not get all worked up until we have talked to the doctor. Let’s try to be positive and think good thoughts”

Christina got a hold of the doctor and they gave us the vague news;

“We aren’t sure, but there might be something in the latest ultra-sound so we want to send you to Sunnybrook for another ultra sound. We just want to make sure everything is fine.”

We were scheduled to get into Sunnybrook on the day that she was supposed to leave for Banff. We still weren’t sure what the hell was going on. It could have been nothing, could have been serious and what to do about Christina’s trip? She has always been an extremely serious and dedicated professional. Well, her boss ordered her from going to Banff and told her to get the tests done asap and not think another thought about the work meetings. I have so much love and respect for Christina’s boss Rosa, she has been a rock and mentor for her since she started at Parmalat. Off to Sunnybrook we go.

“It seems that we cannot see any limb development in the latest ultra sound, and that is a very rare thing at this stage.”

I sat in the chair in the doctor’s room and felt my gut plummet like The Drop Zone at Canada’s Wonderland. “Is there any chance that will change? Is there anything we can do to make them recover?” There had to be a positive way forward.

“We have not encountered this type of thing before as usually there is one arm or one leg, or some fingers and toes missing, but the remainder of the limbs are all present and fine. In this case, we don’t see any of them developing, and for quality of life, we just don’t see how the child will function.”

The doctor left the room and gave us some time, but time was of the essence in this situation and amid the fears and tears, we decided, on recommendation, to take the steps to terminate the pregnancy. By law, there was no turning back, we had to make the arrangements for an induced labour. It was at that time that we decided to find out the sex and got the news that we had a baby girl on the way.

We were admitted into Sunnybrook for the procedure on the Tuesday morning of the week after the horrible van attack that happened in my old hood in North York. The hospital was still buzzing about the previous days events as all the injured in the attack were rushed and treated at Sunnybrook. Christina and I were in a complete haze and I honestly felt like I was in The Twilight Zone. It’s a good thing I didn’t see Rod Serling because in my state of mind, I would have used him as a heavy bag. My priority was to be as strong as I could for my wife, but inside, I was bouncing from the wall of anger to the wall of depression, to the wall of outright despair. I felt like a nuclear bomb had gone off in my head, and I was having trouble controlling the shrapnel.

The procedure was slow and painful in more ways than one for Christina, and all I could do was sit there and hold her hand while she went through it. Christina slept as I continually went back and forth from her side to the patients lounge where I watched the Raptors lose Game 1 to Lebron and the Cavs in stunning fashion.

It took close to 24 hours and a few different nurses before things started to happen extremely quickly.

Calla Wakabayashi was born at 9:38am on May 2nd and passed at approximately 1:30pm that same day.

Well Worth The Tears

At first, I will admit that I wasn’t sure I even wanted to see Calla when she came into the world. I wasn’t sure I could handle it. Well, it was the hardest part for sure but we did get to hold her and spend a little time with her after she was born. Christina and I looked at each other and smiled through our tears as the little Wakabayashi nose and face were completely obvious.

In hindsight, it meant the world to me that I got to see and spend the time that I did with Calla. I wouldn’t have had it any other way, but it does leave a mark that I don’t think I will ever get out of my head.

Due to Christina’s toughness and strength, she was able to recover well enough for us to leave the hospital around 9:30pm that evening. We were presented with a folder package of information on the PAIL recovery program, and a box with the garment that Calla was wrapped in. 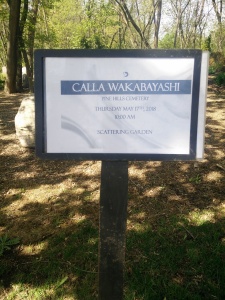 Now, the hardest part was ahead of us as we had to make arrangements for Calla’s funeral. It is the hardest thing I have ever had to do in my life. I can’t imagine a parent having to bury their child. Calla was only with us for four hours, and I was complete basket case at the cemetery. Because she was so small, we decided to cremate her remains and scatter them in the Pine Hills Cemetery’s beautiful scattering garden.

Three months later, and I am still living in the fog of what has happened. Yes we have help available to us and Christina has been to some support sessions. I have been trying to be supportive of her in her recovery. I feel like I am in a deep, dark place sometimes but slowly and surely, the fog is lifting. Of course my friends and family have all been very supportive, but there are many who don’t know of this news yet. Part of my healing has always been writing and sharing things and this one was the hardest to do as well because it is so extremely personal.

It really helps me to get it out on paper though. I am used to writing all sorts of things, but I usually only publish about sports and fighting.

This one has nothing to do with sports or mixed martial arts, but I feel I am in the fight of my life trying to keep it together. Anyone who knows me knows I am all heart and soul. My heart is broken in two right now and I must share this story as part of my healing process. Thank you so very much for reading this.

RIP Calla. You are The Most Beautiful Loss I have ever had to deal with. 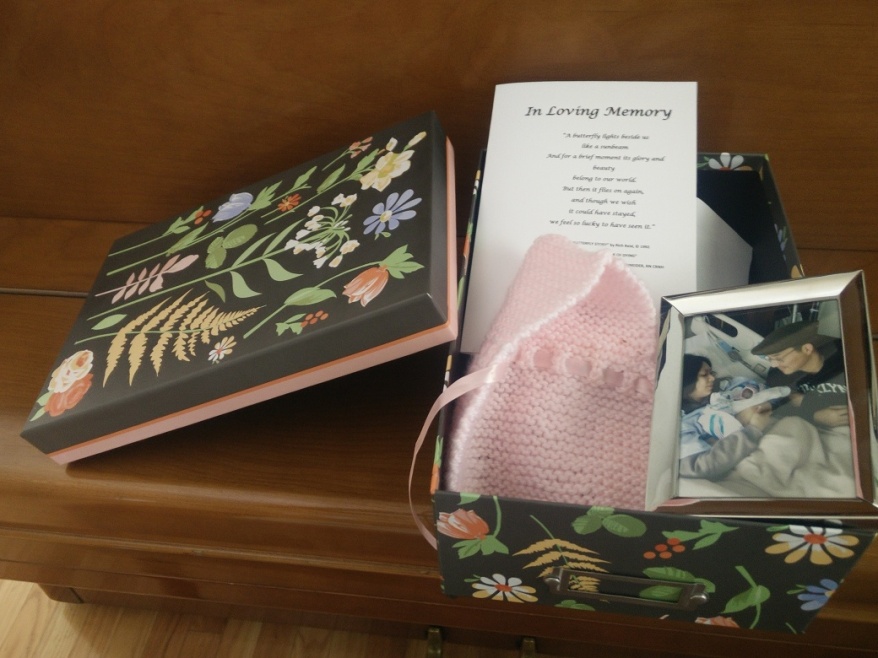