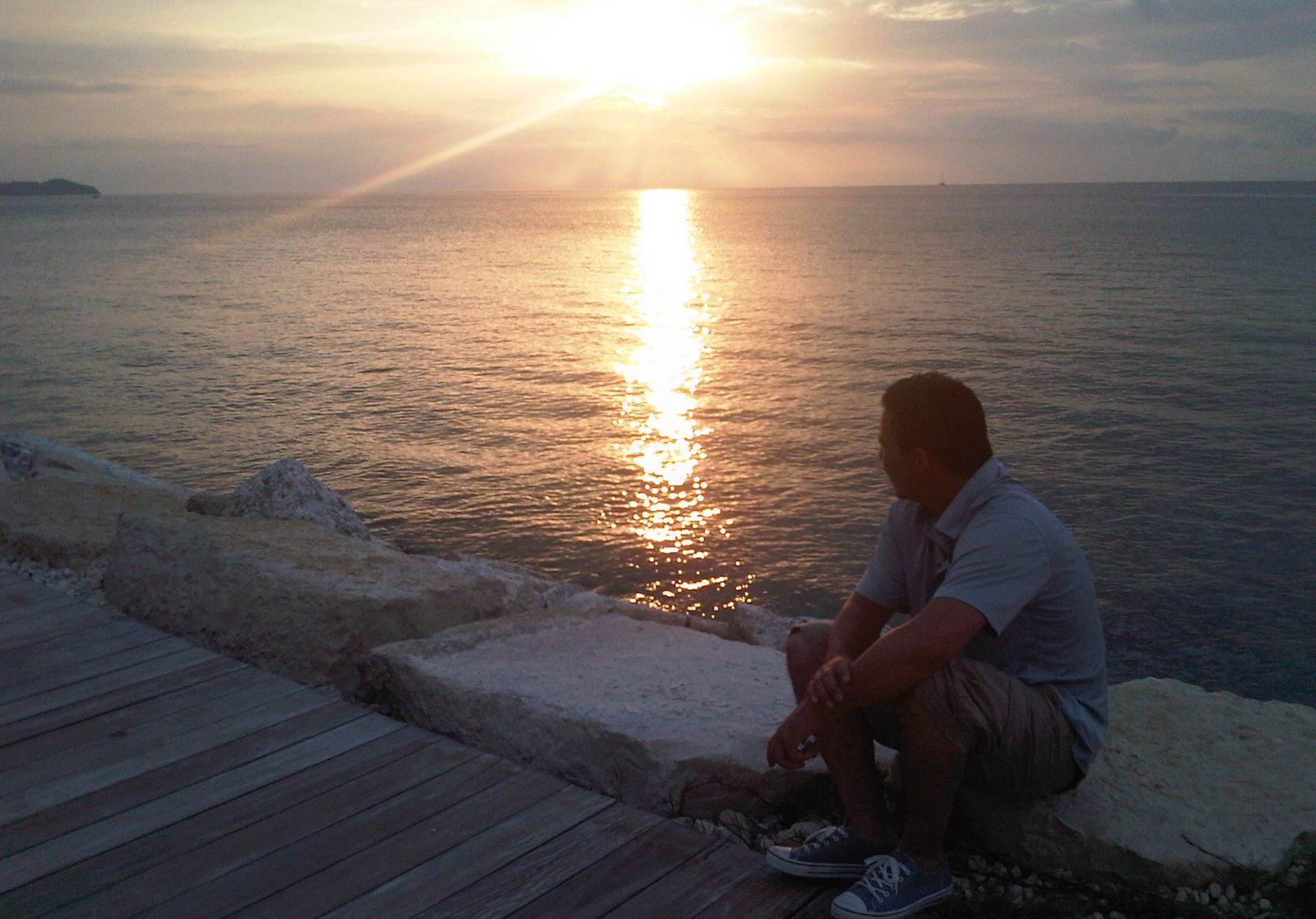 Chatham-Kent’s all time best and favorite sports writer Mike Bennett was recently inducted into the Chatham Sports Hall of Fame and when I heard the news, many memories of “Benny” came flooding back through my mind. His writing career was recently chronicled in a nice article by Mark Malone of the Chatham Daily News.

Whenever something big happened in Chatham sports in the late 70’s, 80’s and early 90’s, Benny was there and able to tell the story to those who weren’t. To a young kid like me, Benny seemed to be a super fan who had access to all the best events. I quickly learned that it was because he wrote for the daily news and even before Air Jordan burst on the NBA scene in the mid 80’s, I had decided I wanted to be like Mike. Bennett that is.

The Bennett relationship with my family goes back to his father Al and my father Don, as they played Old-Timer hockey both with and against each other all throughout my childhood. The Bennett’s also lived on the same street as my Auntie Marion Nishizaki, and when I was a kid and Al was around, everyone was smiling and laughing. The bald and burly goaltender for the Chatham Oldtimers was a riot, and his son Mike did not fall far from the tree.

“Yes our families were close, Uncle Jack and Auntie Marion were trully ‘uncle’ and ‘aunt’ to us.”

Mike was always the first one to crack a joke or take a dig at you, and he was very good at it. Benny spent a lot of time around my family and around my minor hockey team in the 80’s, and man there are some great memories and stories with him. Here are a few of my favorites;

I was really excited and happy as a 12 or 13 year-old when Mike asked me if I wanted to be a “shooter” at his summer hockey school. I was extremely excited because any local player who was anyone was a shooter at Benny’s school and his star attraction was Chatham native and NHL’er Dave Gagner. Gagner was God to a little Chatham kid at that time and I got to skate around on the ice with Dave, and I think he even said something to me one day.

If you know Benny, you know about his love for the Mets and the Rangers. I couldn’t help but notice in 1986 when the Chatham Daily News was plastered with Mets stories on their way to the ’86 World Series. My love for all sports and team fanaticism was just starting to take hold of my life and I started to understand that through Benny’s passion for the Mets on the pages of the paper every day. Bill Buckner must still be Benny’s favorite player. 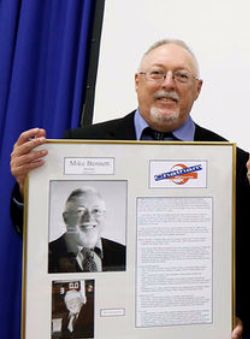 I’ll never forget the trip to New England/ New York City that my minor hockey team took in 1988-89. My brother was playing prep school hockey in New England and my dad arranged an exhibition trip though the prep schools in Connecticut that included going to New York City for a game at Madison Square Garden. Ranger super fan that he is, Mike came on the trip with us and I’ll never forget that he was like a kid in a candy store at MSG. His seat was directly behind me and I was in tears laughing as he was surrounded and smothered by Ranger memorabilia in his seat. The Rangers were playing the Messier led Oilers and Benny got in trouble from all the parents when in the middle of the Canadian anthem he belted out, “Let’s Go Rangers!” at the top of his lungs. Benny was an adult, I thought, but he was always one of us.

Mike remembers, he was simply deflecting the bad attention from us;

“I did yell out during O Canada, but that was to protect you guys … you were all singing and some of the ‘Blue Seat Regulars’ at MSG were muttering a few Bronx depletives at you guys!”

My favorite Mike Bennett story came in my last year of minor hockey and Mike was the trainer of our team that season. Early in the season, we went to a tournament in Michigan and our game had just gotten underway when we were informed that the rules in Michigan stated that even though you are wearing a full face mask or cage, every player had to have a mouth guard as well, or else it was a minor penalty. Since we were from Canada, they graciously gave us until the end of the first period to resolve the situation.

Benny went into action with a brilliant idea;

From what I remember, he ran to the pro shop to get 15 mouth guards, then to the concession to get a bunch of Styrofoam cups filled with boiling water. Mike came back to the bench and we proceeded to soak the guards and get them in mouths right there on the bench. Time on the period was winding down fast and it appeared that we were never going to make it when Benny struck again. He went over to teammate Jason Zadjlik and told him to go out and fake getting hurt. Sure enough, Zadjlik went out and intentionally clipped himself on a guy and went sliding into the corner. I skated over to him and he is hooting hollering and moaning that his leg is hurt. Of course, Benny being the trainer comes out on the ice. I’ll never forget how Zadjlik was hollering and cracking up at the same time and Benny talking to the refs and telling Zeke to take his time.

It worked. All mouth guards got in before the start of the second, we didn’t get a penalty, we went on to win the game and the tourney. Genius coaching by Bennett.

“Your Dad couldn’t go for some reason and Terry Jackson (our coach was Tim Bossence) was suspended so I was promoted from ‘goalie coach’ to run the bench, Paul Japp was the trainer who ran and bought the mouth guards, but yes, the ‘deception’ was all mine.

All my favorite sports news clippings and memories growing up, Benny was pretty much there. I learned a lot from him without him even knowing it. You inspired me to write about sports and have a passion for the people who play them.

Mike was also heavily involved in Chatham Minor Baseball in my youth and coached my older brother Dave.

“Thanks for the memories … had some good ones with Dave when I coached him in baseball too!

Congratulations Mike! Thanks for being there. You deserve your place in the Hall

Feature Photo and quotes all courtesy of Mike Bennett Facebook.